Joined May 14, 2021
·
45 Posts
Chinese startup Davinci Tech has unveiled a new electric motorcycle they're calling the DC100 and it was one of the coolest new designs I've seen in a while for a motorcycle.

They only plan to sell it in China right now but maybe if it does well they'll look to expand. 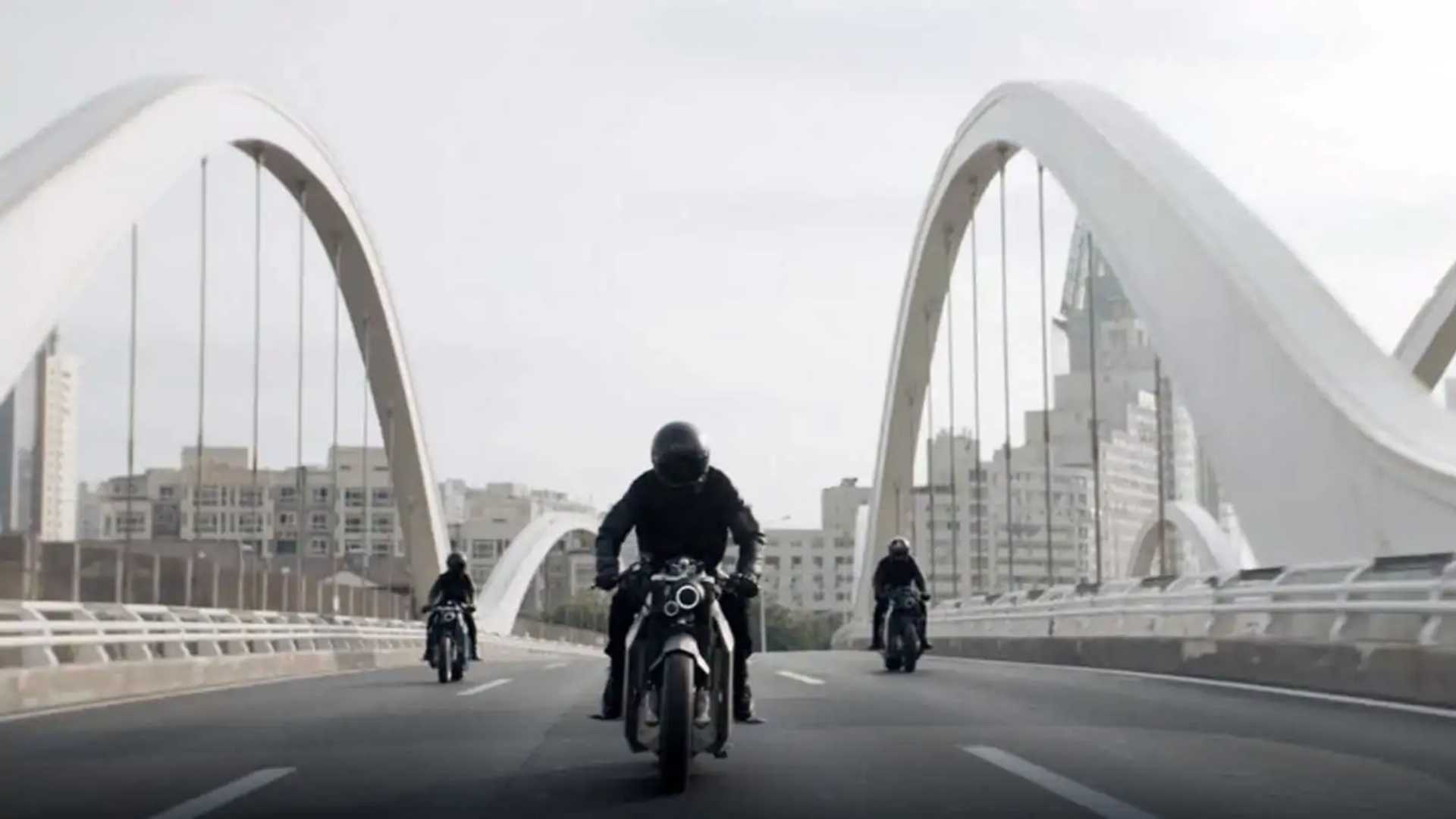 Chinese tech startup Davinci Tech has been hard at work for the past seven years, designing its first electric two-wheeler geared towards delivering the most seamless, safe, and enjoyable electric motorcycling experience in the industry. The company’s prototype had gone through a number of redesigns, enhancements, and revisions before becoming a production-ready model known as the DC100.

The DC100 is described as a “robot on two wheels” thanks to a myriad of sophisticated electronic sensors meant to keep the bike as safe and efficient as possible. All these features, as well as the bike’s batteries and powertrain, are housed beneath the bulky bodywork which gives the DC100 its futuristic aesthetic. The bike can sense ambient, battery, and motor temperature, as well as the bike’s position relative to its surroundings. Similar to what we have on modern-day performance-oriented machines, the DC100 makes use of gyroscopic sensors to determine factors such as pitch, lean angle, and even yaw.

Breaking down the bike’s features a tad further, Davinci has incorporated a Driving Assistance feature for smooth starts and tractability in low-speed situations. Just like a car, the rider can select the “D” gear and have the bike automatically creep to a speed of 7 kilometers per hour, or around 4.3 miles per hour. The DC100’s sensors can detect incline and decline, too, so it gets uphill assist as well as automatic engine braking as part of its downhill assist feature. For easy parking and maneuverability, the DC100 gets a reverse gear, a welcome feature considering the size and heft of this electric two-wheeler.

The Davinci DC100 features a traction control system that operates similar to that of modern-day performance machines. Sensors measure the difference between front and rear wheel speeds and cut power if it senses the rear wheel beginning to slip. Lastly, it’s equipped with a power recovery system that marginally recharges the battery while coasting and braking. Updates to the bike’s software will be rolled out Over-The-Air (OTA), just like your smartphone, so owners can easily update their machines to the latest software from the comfort of their homes.

Davinci has not disclosed the exact specs of the DC100’s battery and electric powertrain. However, the company has some lofty goals for this bike in the future. It’s currently developing a fast-charging system that should be able to charge to the battery from flat to 85 percent in just 15 minutes—one of the fastest charging times in the EV world. Pre-bookings for the Davinci DC100 have opened via the company’s official website linked below. However, it would appear that bookings are limited to folks residing in China, at least for now.