Energica will no longer be the official motorcycle of MotoE


MotoE and Energica will be parting ways after 2022 as the official bike manufacturer for the racing series.

Energica had been the official bike of MotoE since 2017. 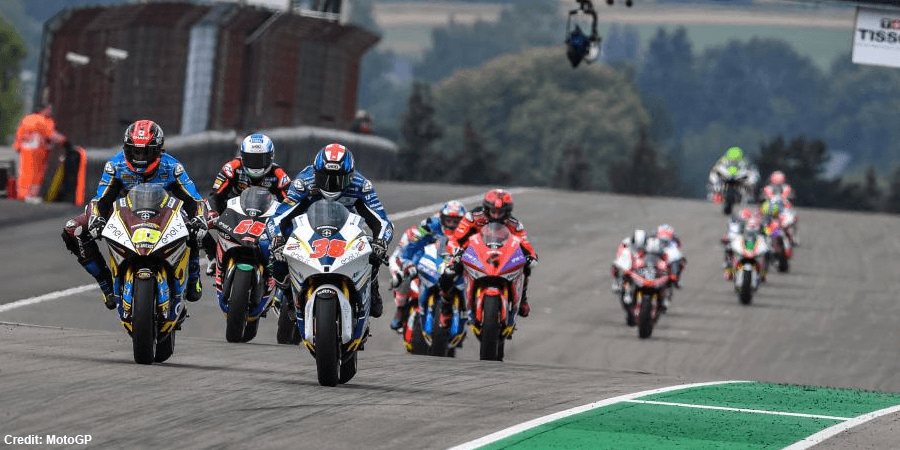 The MotoE electric motorcycle racing series, which has been part of the MotoGP supporting programme since 2019, is losing its exclusive motorbike supplier. The Italian manufacturer Energica will withdraw from MotoE after the 2022 season. It is not yet clear what will happen to the electric...

The MotoE electric motorcycle racing series, which has been part of the MotoGP supporting programme since 2019, is losing its exclusive motorbike supplier. The Italian manufacturer Energica will withdraw from MotoE after the 2022 season. It is not yet clear what will happen to the electric series from 2023.

Energica has accompanied the racing series as exclusive supplier since its debut in 2019. After four seasons, the series is to come to an end. Each season, 18 riders compete in MotoE on the Energica Ego Corsa unit bike. With a battery capacity of 20 kWh, the e-motorcycle is up to 120 kW powerful and 270 km/h fast. The races always last about 15 minutes.

Livia Cevolini, CEO of Energica Motor Company, comments on her company’s withdrawal as follows: “Being pioneers of electric mobility on two wheels, we have opened up the way to a whole new strata of sustainable and exciting motorcycle racing and – as we have always done – we now aim at testing ourselves with new challenges. This is why we are looking forward to the next big thing to come! We would like to thank Dorna Sports for the great opportunity to showcase our technology and we are looking forward to wrapping up our journey together in style.” Dorna Sports is the marketer of the MotoGP Championship and holds the commercial rights to the series.

Nicolas Goubert, Executive Director of the FIM Enel Motor World Cup, praised the collaboration in the first three seasons, saying they “put on an incredible show”. From the start, he says, Energica has brought its expertise to the track in a way that couldn’t be more satisfying: “Maybe even more impressive than the on-track performance, was the bike reliability, as none of the 18 riders ever encountered any mechanical failure during any of the races we enjoyed in the three seasons.” Goubert does not comment on a possible fifth season with a new outfitter or outfits.

MotoE, as an all-electric motorbike racing series, was announced in 2017 and, as mentioned, entered its first season in 2019. As recently as 2017, Energica was selected as the sole supplier. The racing series hit the headlines when all 18 motorbikes burnt out during pre-season testing in spring 2019 – but the cause was not one of the motorbikes or their batteries, but one of the charging stations.

On the sporting front: In the 2021 season, the Spaniard Jordi Torres was able to defend his title. After the last race, the Swiss rider Dominique Aegerter was in the lead – but Aegerter had brought Torres down in the course of the race during an overtaking manoeuvre and was penalised for this.
1 - 1 of 1 Posts