Joined 8 mo ago
·
31 Posts
A really interesting piece by Barrons where they delve into how legacy bike makers like Harley-Davidson, Ducati, and Yamaha are developing electric motorcycles to stay competitive in the current marketplace.

I didn't fully realize how much electric bike sales are on the rise. According to the article "sales are booming with increases of more than 50% in 2020 and more than 150% this year." 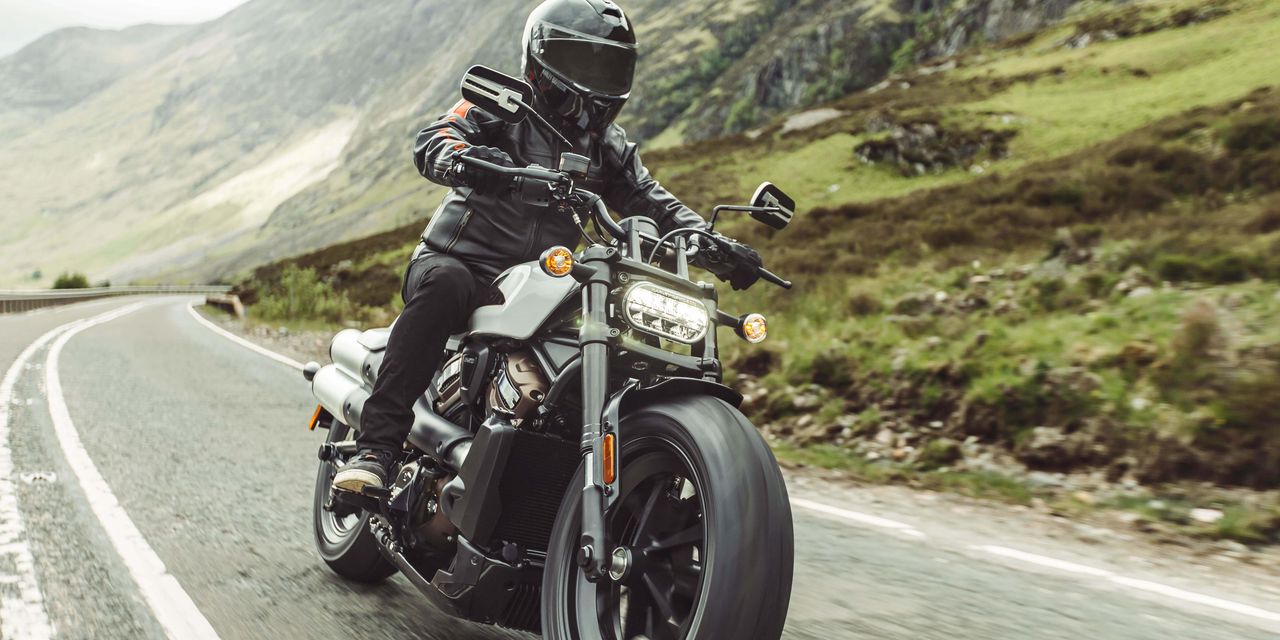 As sales decline, legacy brands such as Harley-Davidson are introducing electric motorcycle and e-bike lines

The motorcycle industry continues to face an existential crisis, and some manufacturers are turning to emerging technology with an eye on the future of urban life to fend off irrelevancy.

Bike builders from Harley -Davidson in the U.S. to Ducati in Europe and Yamaha in Japan report continued sales decreases year to year, forcing them to scale back production and back off exports.

Part of the problem is a change in the market’s cultural identity. The image of the lone rider hanging off gorilla handlebars, wrapped in denim and leather, doesn’t fit the technology-driven, social media-obsessed adult in 2021’s prime sales demographics.

Still, those same buyers might have more interest in efficient, environmentally friendly urban transport. Enter both the electric motorcycle and the e-bike as appealing two-wheel alternatives to traditional motorcycles. While they don’t look quite right accompanied by blaring Steppenwolf, their sales are booming with increases of more than 50% in 2020 and more than 150% this year, according to The Wall Street Journal.

Faced with these economic road signs, the big manufacturers must come to terms with their identities and how they fit into the future of everything “cycle.”

Automotive author, journalist, and marketing consultant Basem Wasef warns that the “lifestylification” of beloved brands is fraught with peril and often ends poorly. However, he points to Harley-Davidson’s recent expansion of its LiveWire electric motorcycle nameplate as the Milwaukee legend’s chance to embrace a brand restart.

“The LiveWire move is built on a solid foundation of technology which should have happened a long time ago,” Wasef says. “Also reassuring are Harley’s plans for dedicated showrooms and technology sharing—moves that add substance to what may initially appear to be a simple branding play.”

While Harley-Davidson executives did not make themselves available for an interview, a spokesperson referred to a May report announcing the Hardwire Strategy. Though its all-electric LiveWire motorcycle went into production in 2019 as a stand-alone model within an otherwise gas-powered product line, the company now split LiveWire off as its own, all-electric brand.

The mitosis of Harley-Davidson into its namesake traditional motorcycle brand and an all-electric sister firm could serve two purposes: embracing the future of transportation while finally appealing to younger riders. The gray-bearded, HOG riders are fading from showrooms, and Harley-Davidson is looking to LiveWire to stem the loss of loyal blood.

“Harley’s past attempts to appeal to youthful buyers failed repeatedly,” Wasef says. “If anything has a chance of capturing younger riders, it’s the forward-looking attitude toward electrification that appears to be present with LiveWire.”

Wasef explains that LiveWire’s appeal lies in its freshness and its lack of resemblance to the traditional Fat Boy or Electra Glide.

“Though Harley’s first modern EV bears some small similarities to its gasoline powered forebears, it’s philosophically and diametrically opposed to the concept of the loud, polluting v-twin engine,” he says. “That shock of the new is exactly what younger riders need to be drawn to a blue chip brand like Harley-Davidson.”

The current LiveWire model costs just shy of US$30,000, significantly more than most gas-powered rivals. Harley-Davidson could be looking to Tesla’s original business model of charging more for their builds and allowing novelty to drive sales.

“LiveWire appeals to younger riders, but that’s not necessarily a limitation,” Wasef adds. “Successful brands like Tesla and Porsche reinforced the idea of EVs as premium products, making LiveWire likelier to succeed with older, more financially stable buyers who can easily spend $30,000 on an electric motorcycle.”

In addition, Wasef expects Harley-Davidson to hedge its bets by building relatively affordable e-bikes to lower the age of prospective clientele.

Veteran moto-journalist Jason Fogelson doesn’t embrace Wasef’s optimistic take on the LiveWire split, even while electrification continues to overtake the two- and four-wheel automotive industry. He cites Harley-Davidson’s failure to establish the Buell sub-brand of performance motorcycles in the early 2000s as a bad omen.

“We all know electric motorcycles will play a big part in the industry's future, so H-D had to dip a toe,” Fogelson says. “The first LiveWire bike, as fun as it was to ride, was an overpriced misstep.”

Fogelson insists a mainstream electric motorcycle business takes off when a lean startup hits the right formula of low price, long range, and riding enjoyment. He can’t say if the new LiveWire concept will qualify, or if it’s a chance to shuffle off debt from declining sales.

“Harley-Davidson had an amazing run through the 1990s and early 2000s where they could sell every bike they built at a premium, and they appear to have lost the will and skill to build a new audience,” Fogelson adds. “They still behave like an unassailable market leader—instead of a hungry company facing massive market upheavals.”

While Harley-Davidson’s split from LiveWire was underway, H-D was already working to redefine itself by overseeing a new line of Serial 1 e-bikes. While Serial1 is its own entity, Harley remains the majority shareholder. A maker of four separate models, the developer started as a business unit inside of Harley-Davidson in Milwaukee before a decision was made to separate the two.

Jason Huntsman, Serial 1 president, can’t speak for the overall electrification plan for Harley-Davidson, but he recognizes an industry growth as an opportunity.

“That growth is a chance to brand ourselves as an innovative, young startup company with the expertise and knowledge of an iconic heritage brand like Harley-Davidson,” Huntsman says. “Our e-bikes are for the urban commuter, and we’re proud to be expanding the Harley-Davidson brand into this mode of transportation.”

While America’s largest motorcycle manufacturer diversifies into electric motorbikes and e-bikes, one of its competitors in Europe is electrifying only its pedaled variety for now. While Ducati sells its signature petrol-propelled motorcycles out of its Bologna factory, the Italian giant offers three e-bike models for sporty use off-road or in the city. It has yet to introduce an electric motorcycle. (Ducati representatives didn’t respond to an interview request.)

Fogelson suspects the manufacturer is instead focusing on the cycles they know they can sell right now.

“The electric motorcycle business, as [Harley-Davidson] can now testify, is not business as usual,” he says. “It’s the wild west, and may the best company win.”
1 - 1 of 1 Posts
Join the discussion
Continue with Facebook
Continue with Google
or sign up with email
About this Discussion
0 Replies
1 Participant
Last post:
Two-Wheelin' 6 mo ago
Electric Motorcycles Forum
ElectricMotorcyclesForum.com is a forum community dedicated to electric motorcycle owners and enthusiasts. Come join the discussion about motorcycles from Zero, Arc, Lightning, Energica, Damon, Brammo, Victory and many others.
Full Forum Listing
Explore Our Forums
LiveWire Motorcycle Forum Damon Motorcycles Forum
Recommended Communities